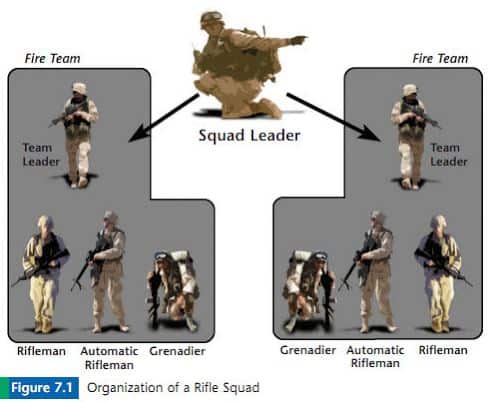 Do you have an airsoft team? Do you ever play airsoft in team? If you answered yes to either of these
questions, it will be worth while for you to learn how an airsoft team is generally organized and what
each specific persons job is. This way, you can learn the positions and take the  knowledge into account when planning your airsoft strategy. This article will give explain how to organize your team and dominate the
playing field.

How To Organize Your Team

If it is your first time joining a team or you are new to airsoft, you are for sure going to be a rifleman.
Even if you have been playing airsoft for a very long time, you may still be a rifleman. It is the
rifleman’s job to listen and obey his squad leader and fire team leader. To be a good rifleman, you need
to be able to take commands and criticism from your leaders because they will likely know a lot more
about airsoft then you.

Without an Organized airsoft team, your chances of winning a game are severely hindered. But with a
team that is unified, you will be able dominate at airsoft.