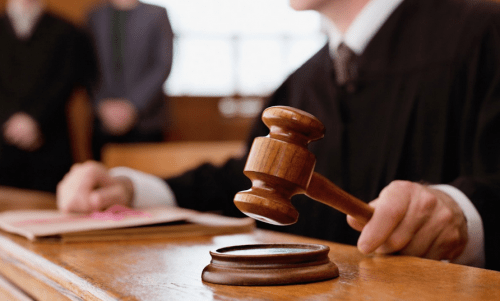 Airsoft guns are designed to resemble firearms like rifles, handguns and machine guns- firing pellets via gas, spring or electrical systems. . Airsoft weapons are used for target practice, as filming props, for paintball-style gaming as well as for firearms training and can be best compared to BB or pellet guns. It is beyond doubt that these action-packed guns have some fun uses but the players should realize that airsofts are still based on combat simulation and can pose potential threat if used without caution. Marketed as automatic or semi-automatic game playing devices, these weapons are increasingly gaining popularity among children and grownups.

Airsoft is a Slightly Undefined Niche

Though airsoft weapons are generally deemed safe, they still face regulation regarding manufacturing, ownership, and import as enforced by the government. In fact, in some countries like Thailand, Singapore, South Korea and Malaysia the possession of airsoft guns is considered illegal while Canada prohibits the import of ‘replica guns’. The uncanny resemblance of airsoft guns with real firearms can result in potentially disastrous consequences due to which these are mandated by federal law in the United States that vary from state to state. It is also important for buyers to know the difference between airsoft gun and air guns. Airsoft guns use primary ammunition known as a BB which is a spherical projectile usually made of plastic or steel. Air guns use primary ammunition known as a pellet which is a non-spherical projectile usually made of lead.

Airsoft Guns are promoted as devices for gaming purposes but reality checks suggest that these projectile weapons are capable of inflicting harm. Going by the statistics individuals under 20 years of age have suffered the most number of non-powder gun injuries. Some of the most popular airsoft weapons have the capacity to shoot BB’s at velocities of several hundred feet per second (FPS), posing a risk of serious eye or other injuries which is why you should always be using goggles when playing airsoft. In the US, hospitals throughout the country have reported substantial increase in airsoft-related eye injuries in recent years. Another key to safety in airsoft is having speed regulated guns, by using a shooting chronograph you can ensure that nobody is shooting at twice the allowed FPS. In some states, there have been numerous reports of youth holding replica guns being shot by police who mistook the replicas for real firearms.

Since owners, especially young people, consider these guns to be toys, they are often unaware about the risk posed by holding only a ‘toy’. Some rather shocking instances pertain to airsoft guns being used as weapons for conducting robberies as the victims fail to realize that the gun they are threatened with is a replica.

So, the risks and consequences related to airsoft guns cannot go unnoticed. Anybody who owns an airsoft weapon or seeks to buy one should be well-acquainted with the laws concerning these guns in their respective states.

Overview of Airsoft Laws in USA – Vary Across States

Federal importation laws in the United States mandate the presence of a minimum 6-mm wide blaze orange tip on any airsoft gun imported into the country or transported within the states. The purpose is to avoid confusion with real firearms. However, state wise laws vary on whether you can remove the orange tip on an airsoft gun. Only individuals of 18 years of age or above can purchase an airsoft weapon. Those using an airsoft or replica gun to commit crime are invariably treated as having used an actual firearm. One should be cautious while carrying an airsoft gun in public area and always carry the pistol in a case. Some states in US have local laws restricting the area where you can play with an airsoft gun, thus necessitating permissions from the respective municipalities. Also there is restriction regarding pointing of airsoft gun to an unsuspecting person as well as transporting the gun in any personal or commercial vehicle.

All replica guns are deemed illegal in San Francisco and Chicago while most of the states have strict rules regarding carrying of air guns/ rifles in schools.

Airsoft guns enjoy the status of legal weapons under federal law but in certain cities across the United States, the definition of firearm and respective ordinances are slightly different. In some states, this includes spring propelled and compressed air guns too while the laws might be more relaxed in other areas. Federal law also requires removal of trademarks from airsoft guns in cases where the manufacturer does not have a license agreement with the manufacturer of the real firearm.

Adhering to Statewise Airsoft Laws & Looking Beyond It

Laws related to airsoft weapons vary by the state but it is best to exercise some general precautions while dealing with airsoft guns and rifles. Since some of the replicas have caliber as high as real firearms using them carelessly is not an option at all. In fact, reckless handling of airsoft weapons can lead to criminal consequences in certain states. Parents or guardians are advised and compelled by law to supervise minors practicing airsoft across the USA. Those planning to buy airsoft weapons should familiarize themselves with the local laws governing the use and ownership of these weapons, so as to be safe from a legal standpoint. Thank you for visiting iamairsoft.com! For great products and more information about the game, check out our Airsoft Buyers Guides and Airsoft U!

3 thoughts on “Airsoft Laws: Are Airsoft Guns Legal in Your State?”