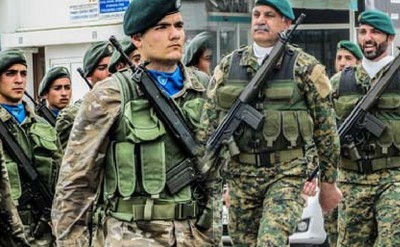 So you’re tired of showing up to the field in that ratty old hoodie. Tired of its dark navy getting you spotted at outdoor fields. Maybe it was your good hoodie until it saw airsoft combat. Let’s not even talk about the jeans you shredded with those sweet tactical slides. You need something with more durability, something literally designed for combat. So you find yourself in the market for a camo outfit. But, like most things with airsoft, there are so many choices! Let us help you make the decision between the two most common choices, the BDU and the ACU.

Combat Uniforms, Camouflage, and You

There are many benefits to owning a camouflage outfit for airsoft. First, you no longer have to sacrifice your wardrobe to 6mm battlefield conditions. Combat outfits are made to take a beating without going to pieces. The clothes you wear every day may make a good militia or undercover outfit, but they won’t be in the best condition when you leave the field. When you put on a camouflage outfit, you mask the shape of your body with odd patterns and colors. It will take an extra second for someone to spot you when they’re looking over their surroundings. If your enemy passes you over for even a moment, you can shoot before they shoot you. 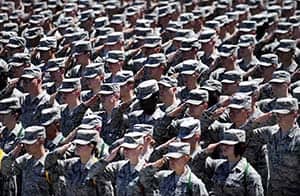 The color of your camo pattern will also affect your readability. You need to choose the right color for the right field. You’ll hide better at indoor fields with darker more urban colors. Look for shades of black. Reds and dark blues also work well. For outdoor games, you’ll need to tailor your look to the season and the foliage you find in the area. Light greens blend in best with more places, but tan is good, too. If you play sports, you know having the uniform right is almost as important as playing right. After all, you wouldn’t take to a baseball diamond or football field in your street clothes. Sliding your arms into the sleeves of an airsoft combat outfit becomes part of the ritual. It gets you in the mindset for a day at the field.

There’s also something to be said for the tactical fashion show that is the staging area. Getting the pieces of a period uniform just right can be a joy. I’ve seen loads of World War 2 and Vietnam era infantry outfits. If you have more modern tastes, the BDU and the ACU are what you have to choose from. Just make sure you don’t attach any medals or honors to your outfit. That’s called Stolen Valor. Veterans won’t appreciate your misrepresentation of their service if you pretend you earned what you wear. 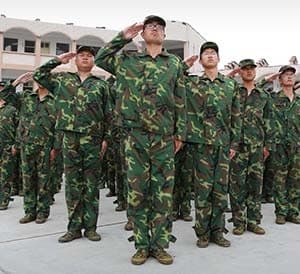 If you’re trying to build a Cold War era specific outfit, the BDU is the essential choice. The Battle Dress Uniform was issued across all American service branches by 1981. You’ll know it when you see it. Manufacturers originally printed BDUs in that roughly leaf-like pattern. Most armed service branches in the States did away with BDUs by 2004 in favor of specialized patterns and colors. Pure BDUs work best in the dark or with dark foliage. If your favorite field is indoors, the BDU may be a good choice for you. The shadows all over the place will give you a little more time for players to recognize you as a target. The green leafiness of your outfit will also work well in tall green plants. You would be surprised how well a bit of tall grass will hide you.

Of course, now you can find BDUs in all sorts of colors such as  or Savage Orange. There’s even a glamouflage version, which is great if your goal is to stand out instead of blend in. In fact, that’s one of the strengths of the BDU. Because it’s been around longer, more manufacturers have had the opportunity to customize it for the civilian market. If you’re looking for a quality BDU in the classic ERDL pattern, the Emerson has you covered. It has the essential coloring for your period specific needs. There are also some modern touches. The shirt is made mostly of that temperature control material that keeps you cool under your gear. 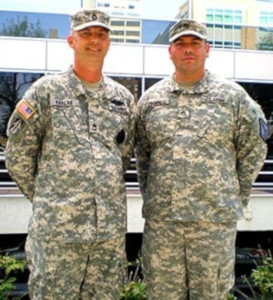 The Army Combat Uniform refers to many colors and patterns used by the United States Armed Forces since 2004. Because of this, it’s going to be difficult to talk about the merits of individual outfits. Until 2010, ACUs used to be this digital pattern. If you’re looking for the in vogue pattern on the tactical runway, you want MultiCam or Scorpion W2. The more recent patterns are almost the same. The U.S. Army plans to replace their stock of MultiCam gear by October 2019. By then, the Army will call the outfit the Operational Camouflage Pattern. Because of its modern design, you’re more likely to blend in with more backgrounds wearing a set of ACUs. You’ll also find gear in these camo patterns.

Packs, combat vests and even external airsoft M4 parts come in ACU patterns. A strong choice for your ACU needs is Propper. Their products are sewn to U.S. military specifications, so they’re sure to stand up to airsoft use. Propper makes both the older digital pattern for coats and pants as well as multiCam outfits. If you want options with the breathable material on the torso, take at look at what tactical gear makers Condor and Rothco have to offer. If you’re like me, there is no substitute for a good set of black cammies. Tru-Spec is another strong brand. They have a black multiCam shirt with the lightweight material that goes into the best combat shirts.

While no outfit will make you completely invisible, camouflage does help. The best way to blend in is to stay still. With your camo outfit, find a spot you blend with and stick with it until you’ve taken down a few enemies. Stay too long and they will call out your position or worse. The enemies you took out will get you back! Thank you for visiting iamairsoft.com! For great products and more information about the game, check out our Airsoft Buyers Guides and Airsoft U! 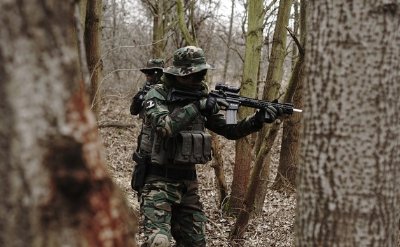 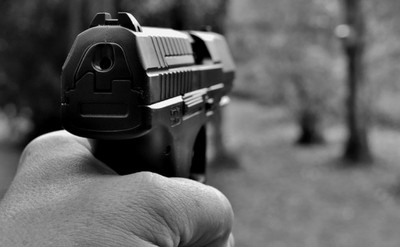 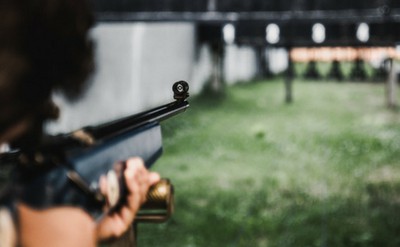