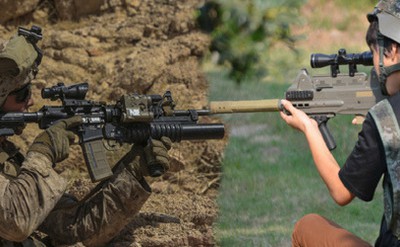 Are you just getting into airsoft? Or, are you looking to get an airsoft gun as a present for someone? If either’s the case, you might end up wondering what the difference really is between what we call an “airsoft gun” and what we call a “BB gun”. Make sense, really, since they both shoot round pellets, they’re both gun-shaped, and they’re in the same section at the store. To make things even more confusing, there are some companies that produce identical airsoft guns and BB guns. That said, there are some very big differences between the two, and you should be aware of these differences well before you buy either. This is important: not knowing the distinction between the two can lead to serious, life-changing injury, or even death. Fortunately, this article can teach you about the differences between the two, what they’re used for, how they work, and where they’re legal.

What’s the Difference Between Airsoft Guns? 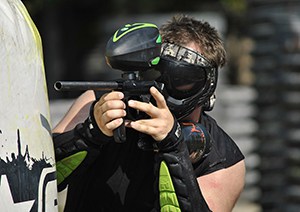 Essentially, the biggest difference between airsoft and BB guns is what they’re intended to do. Airsoft guns, like paintball guns, are designed to be (relatively) safe when fired at another human being and are used in various sorts of games, like capture the flag, or king of the hill (That said, you still need to wear appropriate eye and face protection). BB guns, on the other hand, are much more like real firearms and need to be treated far more cautiously. They’re generally more powerful than airsoft guns, and they’re meant for target shooting, hunting, and pest control.

Even Though Both Shoot “BBs,” There is a Difference

Like I said above, ammunition for both airsoft and BB guns share the name “BBs”, due to their spherical shape and similarity to ball bearings. That said, there are two very important features that set the two types of ammunition apart. The first is material. BB gun BBs are almost always made of steel or lead, then coated in copper, which is a relatively dense combination, and heavy enough (about .35 grams) to do some serious damage to humans or animals. Airsoft BBs, on the other hand, are made of lightweight plastic, lessening the risk of injury. The second feature is size. BBs for BB guns are nominally 4.5mm in diameter, often more like 4.4mm. That small size, combined with their heavy weight and high speed, gives them the ability to easily penetrate the skin.

What Are Airsoft Guns and BB Guns?

While airsoft guns may look much like the real thing, if they’re held to proper standards, they’re relatively harmless. Guns of this sort are meant to be used for wargames, much like, say, paintball markers or laser-tag weaponry. By wearing safety gear such as eye protection (must be rated at ANSI Z87.1 or Z87+) and mouth protection to avoid chipped teeth (either a mesh or plastic lower face mask, or a mouthguard), the risk from an incoming airsoft projectile is practically nil, save for maybe a few minor welts. 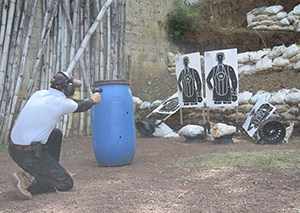 Oftentimes BB guns will look much less menacing than a decked-out airsoft rifle, but in fact, the opposite is more likely- an improperly-used BB gun has the potential to do real harm to humans. That said if you’re thoughtful and follow the four rules of gun safety the chance of injury is essentially zero. And BB guns can be useful and fun! They’re most often used for target shooting, generally thirty yards or less… for what it’s worth, knocking tin cans off a fencepost is always fun. They can also come in handy for pest control, so long as you can be sure you have enough power that you can take your target humanely and without causing undue suffering. To save you a search, I’ve appended the four rules of gun safety below. Always follow these with a BB gun! Being conscientious about how you act with a firearm might just save a life.

How Do The Airsoft Guns and BB Guns Work?

There are nearly as many varieties of airsoft guns as real firearms, but they can easily be split up into three categories: spring, electric, and gas. Spring-powered guns are the simplest of the bunch- they have a spring piston that must be cocked back before each shot. When the piston is released, it pushes air out of a sealed cylinder down the barrel, launching the BB. 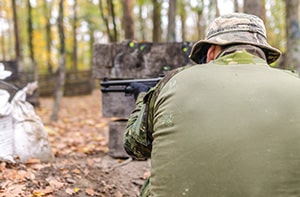 Electric-powered guns are similar to spring guns, in that they have a spring piston and cylinder, but all the work of pulling the spring back for each shot is done by an electric motor. While you’d have to be very skilled with a manual spring-powered gun to get even a shot per second, some electric guns can shoot as many as 30 rounds per second. Lastly, there are gas-powered guns, which use gasses like propane/green gas, compressed carbon dioxide (CO2), or high-pressure air (HPA). Some gas guns, like blowback pistols, are designed to both shoot a BB and provide the user with the sensation of recoil, while others, like a Polarstar rifle (a computerized, high-efficiency system that allows the user to customize their power and rate of fire), uses gas only to propel the BB out of the barrel.

BB guns are almost always spring or gas powered. Even though they use some of the same power sources as an airsoft gun might, they are by no means toys- some can shoot pellets much faster than the speed of sound, and there have been (extremely rare) cases where an improperly-used BB gun has killed. 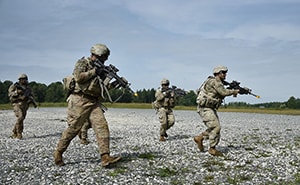 There are two general types of spring-powered BB guns. Most use a traditional metal compression spring, which is reliable and inexpensive, but some use a technology known as “gas piston”, where instead of a metal spring, there’s a sealed cylinder of high-pressure air that stores energy in the same way. While cocking a spring-powered airsoft rifle might be fairly easy, the heavier power in a BB rifle make it much more difficult. Most BB guns using this system use some sort of lever that pushes the spring back, making it possible for a single person to cock the gun.

Gas BB guns are far more varied, but there are two main categories they fall into multi-pump and PCP, or pre-charged pneumatic. Multi-pump guns have some sort of mechanism on them you must pump several times to get enough air pressure for a single shot, almost like using a bike pump to fill a tire. PCP guns, on the other hand, use a tank of regulated, extremely high-pressure gas, and can fire several shots in a row, but once they’re out of gas, they have to be refilled from an outside source of several thousand PSI. Pressures that high can’t come from a bike pump or garage air compressor, so you’ve got to find somewhere that offers high-pressure air. Generally, SCUBA and dive shops are the go-to, but recently, there’s been a rise in the number of specialty high-pressure air compressors available to the consumer for as little as $300, allowing you to fill a PCP tank from the comfort of your own home.

Where Are Airsoft Guns and BB Guns Legal?

Let me preface this by saying that I live in the United States and that I’m discussing US law; furthermore, I’m not a lawyer and nothing I’m about to tell you constitutes legal advice. That said, on a federal level, and in almost every state, airsoft and BB guns are unrestricted like almost any other product.

Unfortunately, some states and cities may have decided that they know what’s best for you, and have placed further restrictions on the ownership or purchase of airsoft or BB guns. Perhaps most famously, California recently mandated that all airsoft guns owned in the state must have bright colored bands in at least three areas on the weapon. Be sure to check local and state law before you buy!

One important thing to note is that by Title 15, Chapter 76, Statute 5001 of the US Legal Code, all airsoft guns sold in the United States must be marked at the muzzle end with a blaze-orange color. This is the reason why any airsoft gun for sale in the US has the characteristic “orange tip”. That said, the law only prevents retailers from selling guns without the tip, it doesn’t prevent the buyer from removing it once they’re in possession, so it’s entirely legal to remove that orange tip yourself. Just be sure to add an orange marking to any airsoft gun you end up selling! BB guns, pellet guns, and paintball guns are, however, exempted from these requirements, and can be purchased and sold without orange tips.

Despite a whole bunch of similarities, airsoft guns and BB guns are very, very different things, both in what they’re meant to do, and how they need to be treated. In particular, treat BB guns like real firearms- never aim them at anything you do not want to destroy. While it’s unlikely that a BB gun could kill someone, it’s very possible that it could hurt them in a way that would stay with them for the rest of their life. Remember that airsoft guns and BB guns both need to be treated with respect and handled safely, but it’s especially important that BB guns not be treated as toys. Thank you for visiting iamairsoft.com! For great products and more information about the game, check out our Airsoft Buyers Guides and Airsoft U! 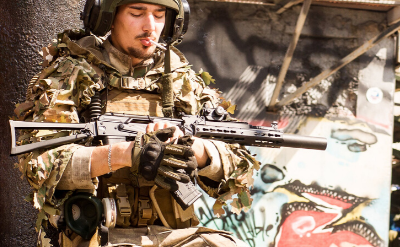 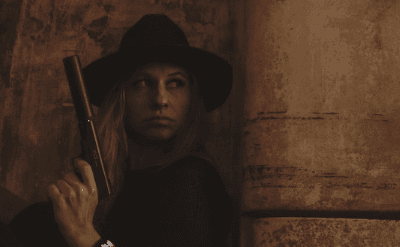 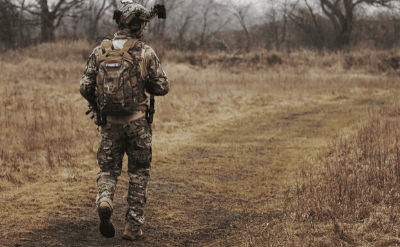 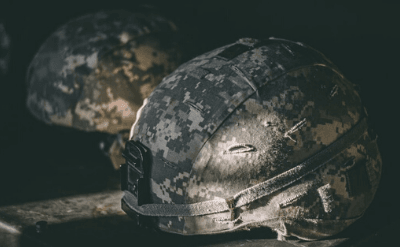