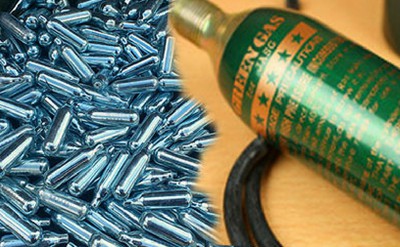 So you’ve finally decided to get a gas blowback gun. Maybe you want more realism from your airsoft experience. Maybe you’ve read some of our buying guides. Whatever your reasoning, there’s one more decision to make. Which gas do you want your system to run on? Your choices are green gas and CO², so it doesn’t seem to be that tough a decision. Still, it helps to get a little outside input on the issue. You’ll want to keep reading if you’re stuck trying to decide between green gas and CO².

Is a gas blowback gun your first airsoft gun purchase? If so, you would be better advised to buy an electric rifle, an AEG. Gas guns need more maintenance and know-how than their electric counterparts. This is especially the case for rifles. Some models can be finicky. To a new player, it will be frustrating. In general, gas gun magazines are especially susceptible to damage from accidental drops. New players tend to be clumsy with their gear. If you’re ready to treat a gas blowback system right, you’ll have a lot of fun.

You may be surprised to learn what airsofters call green gas is just propane. Well, mostly propane. Inside a can of airsoft green gas, you’ll find propane and silicone oil lubricant. Actually, don’t look inside a can of green gas. That’s a projectile hazard. The lubricating oil helps with maintenance in the pistol as well as the magazine. It definitely does not replace the need for regular cleaning. You’ll want to know how your gas blowback airsoft gun takes down so you can oil it at home.

There are many options for airsoft-treated green gas at different price points. Many airsoft manufacturers have their own branded green gas. Personal experience tells me there is no essential difference between any brand of green gas. If you’re an outdoorsy type, you’ll know you can buy propane at your local big box or outdoor supply store. This gas is far less expensive than gas ready-made for air

soft. With the right equipment, you can save a lot of money powering your green gas guns.

Introducing the Airsoft Innovations Adaptor Kit. This kit includes a plastic adaptor nozzle, a cap, an extra tip and silicon oil. For those of you taking notes, this is the same stuff that goes into branded green gas cans. Add a couple drops of the oil onto the exterior valve of many personal sized propane tanks, screw on the adapter and you’re ready. The added oil will lubricate your pistol for around ten refills. After that, simply remove the adaptor and add a couple more drops.

If you own any air guns, you’re already familiar with those small stainless steel tubes. Inside that tube is carbon dioxide. Unlike green gas, the only thing you’ll find in a .12g cartridge is CO². There are no lubricating additives. Because of this, you’ll need to take extra care of your CO² gas gun. Lubricate the seals and valves on the magazines after each cartridge change between rounds.

A less common name for CO² in airsoft is red gas. You can buy it in cans just like green gas. Most CO² gas gun magazines accept .12g cartridges, though. The cans are made for magazines that normally take green gas. Some gas mags are compatible with CO², though. However, the seals of a gun made for green gas that you choose to run CO² through may fall apart due to the extra pressure CO² applies. If you want to try running CO² in a green gas gun, you’ll need to make some warranty-voiding modifications.

Blow for Blow(back): The Comparison

One of the chief differences between the two gasses is how users fill a magazine. With green gas, you can top off a magazine’s gas supply between rounds. For CO² magazines, you need to replace the tube before you can fire again. And these tubes are sin 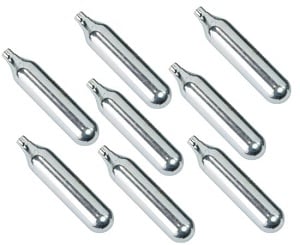 gle use. You may run into some reloading problems mid-game because of this. If raw performance is your goal, then a CO² system is for you. This gas is under harder pressure in its cartridge compared to a green gas magazine. This means you’ll generally see higher muzzle velocities, measured in feet per second. This is true even with the least expensive, non-blowback gas pistols. In fact, most lower price point airsoft pistols use .12g CO² cartridges.

CO² guns also have more consistent FPS ratings. This drops off as the system cools with rapid fire, but that’s also the case with green gas. On a budget? The green gas is the way to go. The price per shot of a propane system is lower than that of a CO² system. This is especially true if you go the pure propane and adapter route. For both green gas and CO², buying in bulk brings prices down.

Let’s try to break down the cost of using green gas compared to CO². Say a cartridge of CO² lasts for two to three full magazines. Let’s split the difference and call it 2.5 magazines. You’ve got a pack of 40 cartridges from Crossman, so that means you’ll get 100 full magazines for the price. An 8 ounce can of green gas from Firepower lasts for over 50 full magazines. Remember, green gas is more efficient but less powerful. So that two-pack of green gas will get you over 100 full magazines. Airsoft green gas, then, is only a few bucks cheaper than CO². Don’t forget about the adapter option, though. CO² simply can’t hold a candle to the price of propane on a long-term basis. On second thought, drop the candle. That’s an ignition hazard.

In the end, it’s up to you to decide which gas is better for you. I prefer green gas because I can top off a magazine without having to waste a cartridge. Still, I would be lying if I said a CO² pistol was not in my future. Thank you for visiting iamairsoft.com! For great products and more information about the game, check out our Airsoft Buyers Guides and Airsoft U!